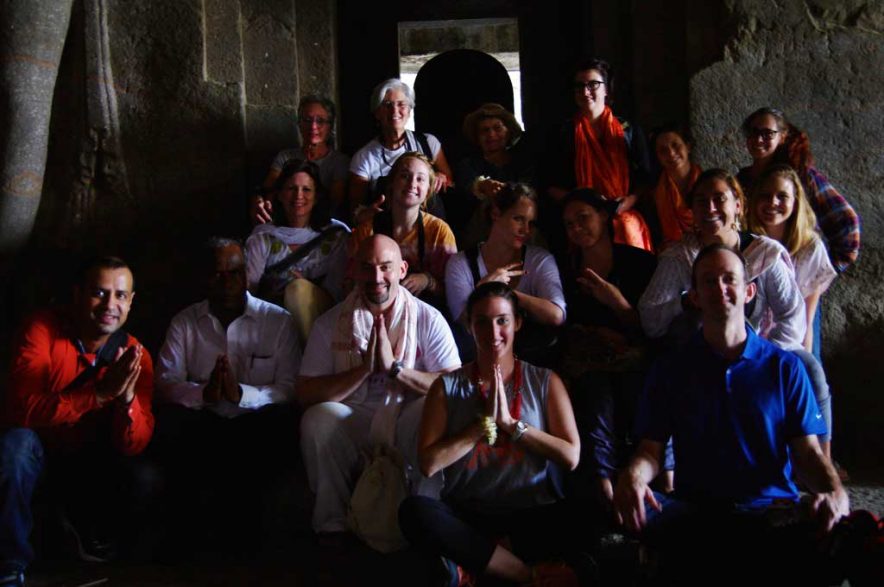 Journey to the Himalayas, 2017
with Heidi Beachley

Please make sure that your travel arrangements get you into New Delhi on or before the September 21st, 2017.

Information on acquiring an Indian Visa

Use this link to submit a Visa Request: India Visa Center Home

Note: You may need the following information when applying:
The place where we’ll be staying in Delhi is called
Hotel Jivitesh.

This is the official itinerary for Journey to the Himalayas in 2017
We do everything we can to ensure that this itinerary is accurate, but we cannot always predict how things will go in India. As we travel, we must understand that our assumptions will not always hold as we immerse ourselves in other cultures.

Gangotri, (‘Ganga’ + ‘Uttari’ which means descended) the picturesque pilgrimage in the hinterlands of the Himalayas is the most sacred spot where Ganga, the stream of life, touched earth for the first time. Situated 62 miles from Uttarkashi, at height of 10,302 ft. A shrine dedicated to the Goddess was built some 250 years ago by Amar Bahadur Thapa, the Gorkha Commander. According to mythology, Goddess Ganga, the daughter of heaven, manifested herself in the form of a river to absolve the sins of King Bhagirath’s predecessors. Lord Shiva received the Goddess into his matted locks to minimise the immense impact of her fall. Upon being commanded by Brahma to come down to earth, the Goddess became very angry and was determined to destroy the earth with her fall. Lord Shiva, the only one who could stop her, caught her in his matted locks of hair and eventually released her to form 7 rivers. She came to be called Bhagirathi at her legendary source. The physical source of the holy river is at Gaumukh, 11 miles. Further uphill, along the Gangotri Glacier. Several pilgrims trek upto the source to offer prayers either on foot or on ponies.

Delhi the capital of India, is a fascinating city with complexities and contradiction, beauty and dynamism, where the past co-exists with the present. Many dynasties ruled from here and the city is rich in the architecture of its monuments. Delhi is not only the present metropolis of India but also a necropolis located on the bank of the river Yamuna. Delhi has witnessed the rise and fall of many cities over the last five millennia.

Once we arrive at the airport, we’ll head to the hotel and crash.

After breakfast, we’ll leave for Haridwar, grab lunch on the way, and travel to Ashram Shiv Shakti Peeth. Haridwar is located Bank on the holy river Ganga 137 miles north of Delhi. Haridwar is the number 2 spiritual city after Varanasi in the world. Haridwar is one of 4 cities to host to the biggest festival in the world, Maha Kumbha Mela, which only occurs every 12 years at any one city. It is believed that Lord Vishnu dropped Amrita (drink of immortality) in 4 places, which today are the cities of Haridwar, Allahabad, Simhastha and Ujjain. The festival is a Hindu pilgrimage to bathe in the Ganga.

After Breakfast leave for beautiful hill station Mussoorie at an altitude of 6580 ft. On the way, we will visit Dehradun, the capital of Uttarakhand. Mussoorie, a famous hill station, also known as “Queen of Hills”, has great view of the Himalayas. In Mussoorie, one can see eastern & western culture. On arrival, we’ll go to the hotel and visit the historic Mussoorie Mall Road in the afternoon. We’ll stay the night in Mussoorie.

After breakfast, we leave for Uttarkashi. It’s famous for their ancient temple of lord Shiva Kashi Vishwanath. In the evening, we’ll meet with Shri Swami Parmanand Ji in the famous Sivananda Ashram (Divine life society).

Drive to Kalyani (17km) and start the trek (5km, 2-3hrs). After a gradual climb, we arrive at the camp and enjoy the evening in the beautiful surroundings at 7005 ft.

After breakfast, we’ll start the day with a trek to Dodital. We’ll reach a high altitude lake at 10,899 ft. with crystal clear waters inhabited by famed Himalayan Trout, surrounded by a thick forest of alpine trees. Surrounded by mountains, the lake is a paradise, and its peace and tranquility add to the beauty.

Return to Agoda by the same route and drive to Maneri.

After breakfast, we’ll leave for Gangotri and have a picnic on the way. On the way, we’ll visit Gangnani (hot spring). Gangotri is a beautiful little village with a nice Temple to the holy river Ganga. In the evening, we’ll attend a Ganga ceremony in the temple.

After breakfast, we’ll leave for Bhojbasa. Between Gangotri and Bhojbasa, the peaks of Bhagirathi will be constantly visible.

After breakfast, we’ll leave for Gaumukh, 4 km 2 hrs trek. At one time, the Gaumukh Glacier looked like a cow’s face. When we get there, we’ll see the source of the Ganges, admire the majesty of the Bhagirathi Peaks, and then travel back to Bhojbasa.

After breakfast, we’ll trek back to Gangotri, 14 km 7 hrs.

After early breakfast travel to Uttarkashi, and then to the Hotel.

After breakfast, we’ll travel to Rishikesh. On arrival, transfer to hotel. In the evening, we’ll visit Triveni Ghat and assist the Ganga Arti.

In the morning, we’ll visit Sivananda ashram, free time till lunch and leave for Haridwar railway station to take train for Delhi.

After breakfast, leave for the airport and head home